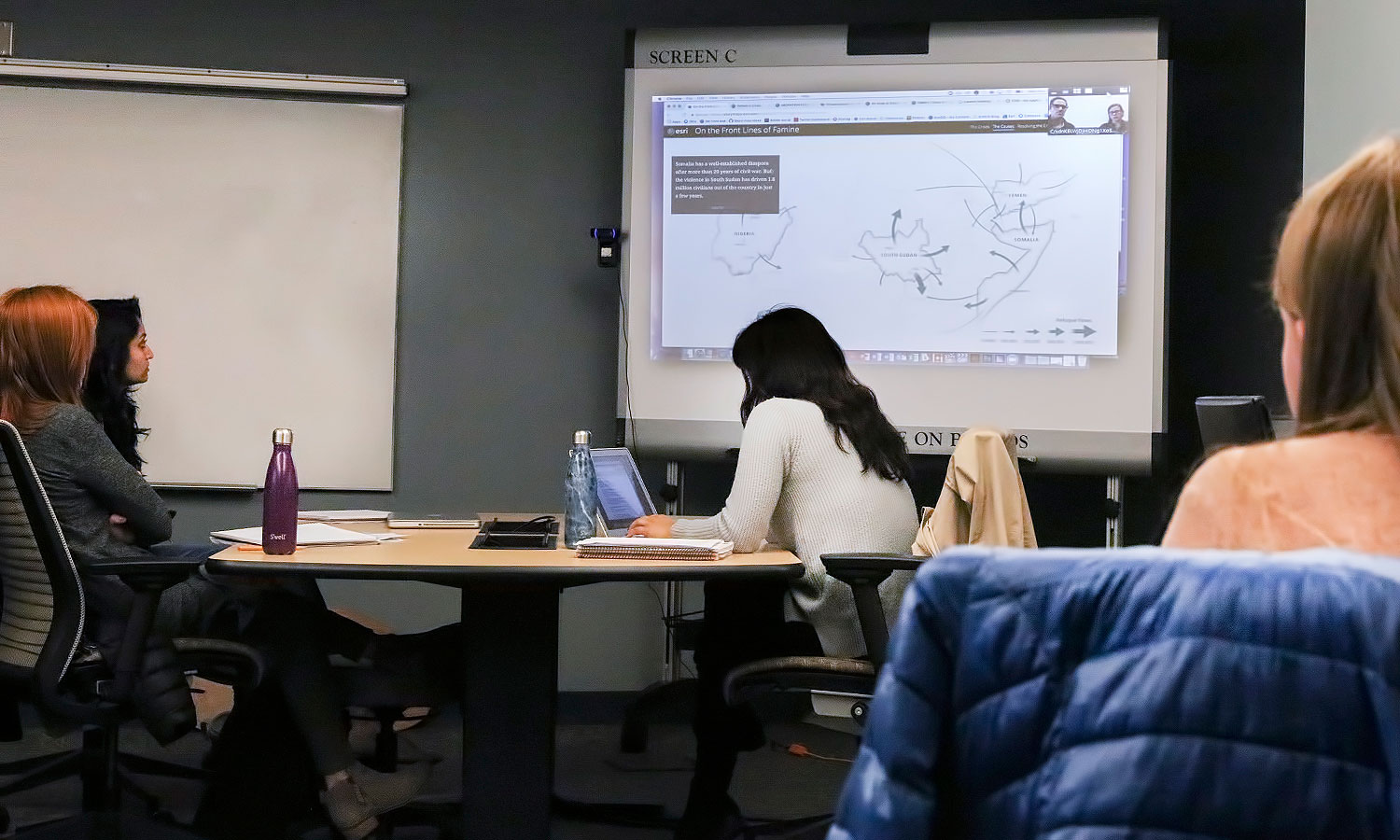 The International Relations Program is flexible in its design, and adaptable to students’ interests regarding relevant themes, world regions, and theoretical approaches. The curriculum is built upon the foundation of seven core courses, with additional courses from a thematic track of the student’s choosing, as well as a capstone course. The curriculum ensures that graduates will have both breadth and depth in the field of International Relations for their future career pursuits.

International Relations offers an interdisciplinary major, a B.A., and a minor.

Requirements for the Major (B.A.)

Seven core courses, including required theory courses in Political Science (180, 140) and Economics (160, 240); three courses in a thematic track, at least one from the list of keystone courses, with two courses at the 200-level or higher; and a capstone seminar course. IR majors must take at least three courses in a region outside of the United States (these can include courses taken in the thematic track and the capstone seminar course). In addition, IR majors must demonstrate competency in a foreign language equivalent to four semesters of language study.

Requirements for the Minor

POL 180; two out of three of the remaining core theory courses (POL 140, ECON 160, and ECON 240); two courses in a thematic track, at least one taken from the list of keystone courses; and at least one course in a region outside of the United States (this can include courses taken in the thematic track).

Students will take three courses in one of the thematic tracks. At least one must be drawn from the keystone courses listed below, while the other two are chosen in consultation with the adviser. The three courses must come from more than one discipline, and at least two of the courses in the thematic track should be at the 200-level or higher. Students also have the option of developing a self-designed theme in close consultation with their adviser and the approval of the Committee.

This core is complemented by an interdisciplinary approach that encourages students to recognize that the collective “imagining” of international affairs is also expressed through literature, art and music.

As a result, the program is flexible in its design, and adaptable to students’ interests regarding relevant themes, world regions and disciplinary perspectives.

Capstone Course Any of the approved seminars (list updated each year based on curriculum offerings) or an Honors project. The Capstone Course must be taken after completion of the methods core course.

Language Requirement The demonstration of competency in a foreign language equivalent to four semesters of language study.

Regional Focus Students are required to take at least three courses in one region outside of the United States. These courses may – but need not – include courses taken in a Thematic Track and as a Capstone Course. Note: Courses taken on study abroad programs are also regularly credited toward the International Relations program; consult in advance with a program adviser about petitioning.