Historically, the discipline of physics is identified as the branch of science that seeks to discover, unify, and apply the most basic laws of nature. Our curriculum introduces students to its principal subfields—electromagnetism, mechanics, thermal physics, optics, and quantum mechanics—and provides the most extensive training in mathematical and analytical methods of any of the sciences. Since this is the foundation upon which all other sciences and engineering are based, the study of physics provides a strong background for students who plan careers in areas such as physics, astrophysics, astronomy, geophysics, oceanography, meteorology, engineering, operations research, teaching, medicine, and law. Because physics is interested in first causes, it has a strong connection to philosophy as well.

Increasingly in the modern era, physicists have turned their attention to areas in which their analytical and experimental skills are particularly demanded, exploring such things as nanotechnology, controlled nuclear fusion, the evolution of stars and galaxies, the origins of the universe, the properties of matter at ultra-low temperatures, the creation and characterization of new materials for laser and electronics technologies, biophysics and biomedical engineering, and even the world of finance. 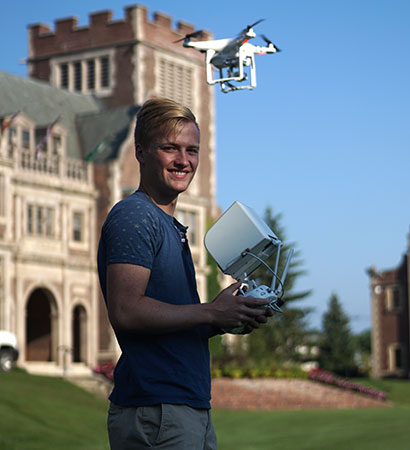 “The Physics Department has extended numerous opportunities that have aided in my development. From studying abroad in Chile to observe the transiting planets at the Cerro Tololo Inter-American observatory, to working with a student team to develop an experiment to be launched on a NASA rocket, to independent drone research tracking Harmful Algae Blooms across the Finger Lakes Region, I've found a greater appreciation and understanding of Physics.”

Through hands-on laboratory and field-based coursework as well as research collaborations with the faculty, you will gain exciting new knowledge from experts in the field. Scroll below to meet our team of scientists, scholars and above all, teachers. Meet the entire department > 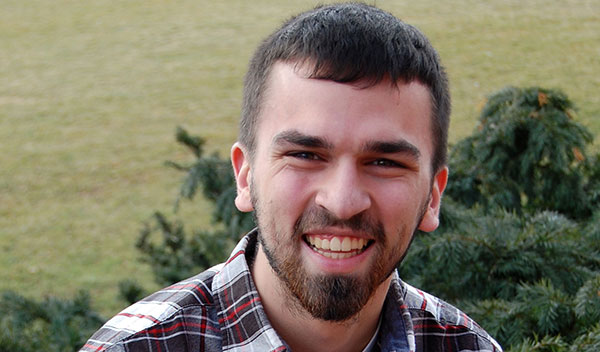 Star Trek Physics
Can you really learn physics watching Star Trek? This course says "yes." Students consider such Star Trek staples as warp drive, cloaking devices, holodecks, and time travel, and learn what the principles of physics tell us about these possibilities - and what these possibilities would mean for the principles of physics. Anyone who has ever enjoyed a science fiction book or movie will find that using Star Trek offers an excellent context for learning about a variety of topics in physics, including black holes, antimatter, lasers, and other exotic phenomena.

Quantum Mechanics
This course develops quantum mechanics, primarily in the Schrödinger picture. Topics include the solutions of the Schrödinger equation for simple potentials, measurement theory and operator methods, angular momentum, quantum statistics, perturbation theory and other approximate methods. Applications to such systems as atoms, molecules, nuclei, and solids are considered.

At HWS, we recognize that education must extend beyond the classroom. Below is a list of links that may be of use to students interested in physics.